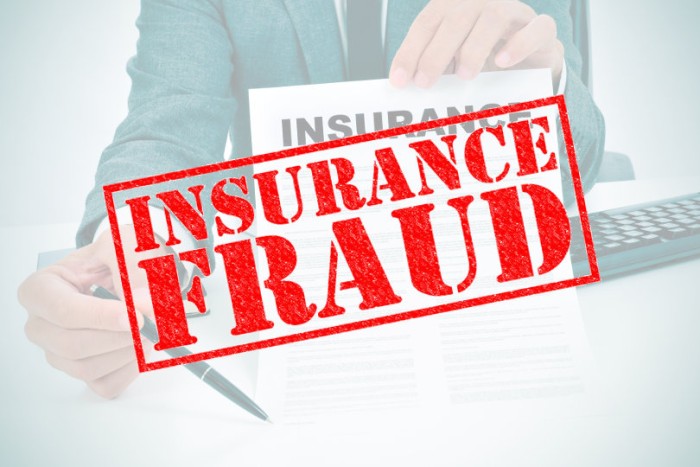 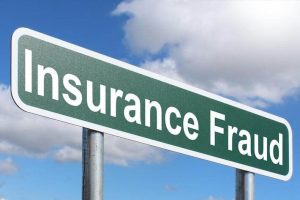 Surveillance is a collection of information by direct monitoring and observation. In the corporate security industry, surveillance can be helpful in many situations, including investigating the legitimacy of workers’ compensation claims, potential sick leave abuse, breach of a non-compete clause, insurance fraud (health, death, injury, accident, etc., claims). As a matter of fact, surveillance is a critical method in discovering fraudulent disability claims, inflated damages, and other scams committed by a claimant to gain falsely increased insurance payouts.

People are motivated to commit insurance fraud by a wide variety of things. It is „given opportunity,“ laziness, and greed for some; others seek revenge for wrongdoing (real or imagined). Finally, some see it as their time to cheat on insurance agencies as others have done.

The most common types of insurance fraud are false or exaggerated claims by policyholders, falsely inflated cost of repairs, services, and/or medical treatments, claims for injuries or damage that never occurred, staged accidents, even staged death, and disability fraud. Disability fraud is the hardest to detect than other forms of fraud. This is because most people receiving disability payments are so-called „silent“ disabled individuals (can’t be seen by others); it is impossible to visually determine if a person receiving disability is or is not disabled and to what extent. In addition, such people can often perform some physical activities but have some other underlying cause of their incapacity that prevents them from holding any job position.

SCORP collects admissible evidence and acts as a witness in court and insurance organizations in insurance fraud cases. Unfortunately, insurance fraud issues in Serbia did not receive adequate attention because premiums are small, and insurance companies are somewhat willing to pay out rather than invest in detecting, identifying, and prosecuting insurance criminals. Meaning that return on investment in handling is less than a loss, so the risk remains untreated. Car insurance fraud is the most common insurance fraud in our country. Dominated methods are false and staged accidents, deliberate damage, report of theft of the vehicle that has previously been sold, switching parts from another damaged vehicle, increased costs of repair, etc. Meanwhile, the total cost of insurance fraud is estimated at over $50 billion annually only in the U.S. The situation is no different in developed E.U. countries.

The most concerning fraud in developed countries is a fake disability. In our practice, we have seen a vast number of former-YU nationals receiving disability or worker’s compensation benefits from public and private providers worldwide. While most are decent people receiving deserved benefits, many still benefit from embezzlement. Illegal recipients of the disability payments are not genuinely disabled; they may work but are not reporting their employment when benefits are received solely on unemployability (various welfare programs). Instead, they must report a change in employment status. Others receive their benefits based on total incapacity and pretend to be physically unfit for any type of paid or unpaid work. Still, we’ve found them completely fit when visiting family in their countries of origin (ex-YU). In one case, we had a man in his late 30s who supposedly suffered from chronic severe back pain and could only move in a wheelchair. He lived in  Austria. Public social service even adopted his housing to accommodate his independent living. Long story short, we found and documented him walking on his foot and doing some repairs and heavy construction work on his house in Serbia. On departure to Vienna at the airport in Belgrade, he returned to his wheelchair and was helped by the wheelchair assistance airport crew. Collected evidence supported criminal prosecution and denial of future benefits. Another case was also a male in his late 50s. He staged his death in North Macedonia while his wife filed for a life insurance premium from an Australian insurance company. Our operatives found him healthy and alive in North Macedonia just a few weeks after his supposed death.

For example, welfare fraud and error cost the Austrian government over €1 billion annually. On another side, Germany faces a critical immigration welfare crisis. „For instance, after joining the E.U., citizens from Romania and Bulgaria benefit from the European principle of freedom of movement for workers, allowing them to legally work in Germany and entitling them to German welfare — after three months. After that, they can apply for benefits if they are unemployed or not earning enough money to make a living.“ However, while the percentage of people on government assistance rises every year, a number of fraudulent or improperly filed claims exploded.

So-called „welfare tourism“ heated the debate over the financial and economic crisis. Immigrants’ participation in welfare programs and public services in the host countries is higher than that of the native population. Usually, collected benefits and income is spent in their countries of origin. Supposedly, beneficiaries live in poverty in the host country while actually, they enjoy wealthy lives in their home country. Consequently, migrants and mobile citizens are said to put additional pressure on social services, and „welfare tourism“ shakes the stability of social services. In contrast, access to benefits for eligible citizens has become highly problematic.

FBI reports that „the insurance industry consists of more than 7,000 companies that collect over $1 trillion in premiums each year. The massive size of the industry contributes significantly to the cost of insurance fraud by providing more opportunities and bigger incentives for committing illegal activities. The total cost of insurance fraud (non-health insurance) is estimated to be more than $40 billion per year. That means Insurance Fraud costs the average U.S. family between $400 and $700 per year in the form of increased premiums.“ (FBI, n.d.). The Association of British Insurers (ABI) shows that despite insurers detecting more fraud, it is estimated that around £2 billion of fraud goes undetected each year. Figures from Insurance Sweden (Larmtjänst) reveal that insurance fraud investigators conducted 6.200 investigations into suspected fraud in 2011 and detected a total of €40 million of fraud. A study found that 10–20% of all fraudulent claims are claims for losses arising from events that never occurred, and 80–90% of all fraudulent claims are exaggerated claims. Also, Sweden faces a severe problem with vehicle arson. (Insurance Europe aisbl, 2013). 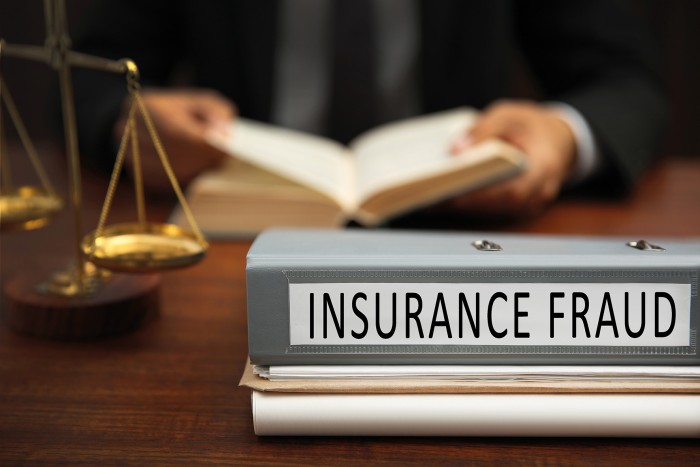 Compliance with GDPR and best practices regarding cross-border cooperation and secure data exchange set SCORP apart from competitors. However, our Serbian fellows struggle to provide all the necessary information and applicable documentation stipulated by the Law on Detective Activities of the Republic of Serbia, making their reports inadmissible and invisible in international insurance fraud investigations.

Two essential and mandatory requirements are written contract/agreement and Power of Attorney, both articulated in accordance with particularities of applicable domestic and international laws. Data is handled according to current legislation and exchanged based on the best contemporary „secure-exchange“ practices. In Serbia, private investigation services can only be provided based on a written agreement between licensed service providers and service users.

An agreement among other elements must have:

3) the manner data is being used;

4) type and degree of data confidentiality;

5) duration of data processing and storage in databases;

Upon conclusion of the Agreement, the service user issues a specific written Power of Attorney (POA) prepared by a service provider to conduct contracted services on behalf of a service user. POA is written in Serbian and English language.

If any fundamental element is missing, provided service is considered illegitimate. In the best interest of all parties, an Agreement should have an offer, performance, transparent payment terms, conditions and duration, obligations, liability, and default or breach of the contract.

Unfortunately, we’ve seen a lack of compliance with these regulations in practice. Consequently, instead of engaging domestic P.I.s, international insurance agencies rather entrust investigations on Serbian soil to their national detectives. Furthermore, this practice increases the investigation expenses and is frequently ineffective due to unfamiliarity with local culture. Potential witnesses are hesitant to speak with foreigners, and often, the language barrier prevents meaningful communication.

Finally, the Republic of Serbia has a well-made Law on Detective Activity but lacks fully effective implementation. For example, as a product of recent legislation, practitioners and related parties didn’t establish operational applications and protocols according to the stated Law, for processing insurance fraud cases. Still, we expect this practice to change in the near future as demand for these services rapidly increases. 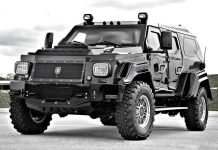 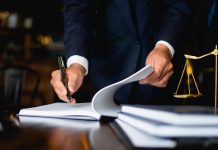 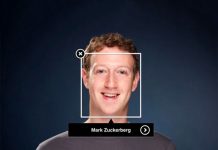 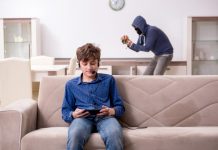 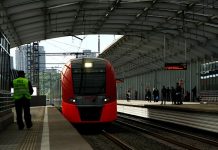 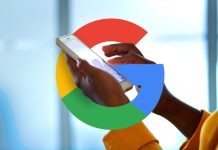 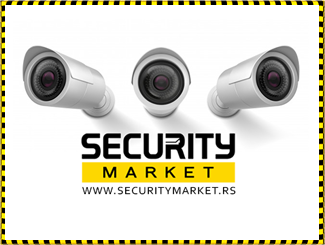 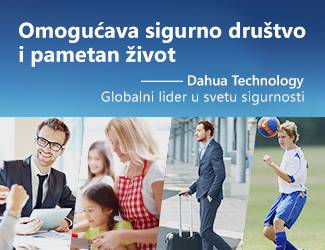 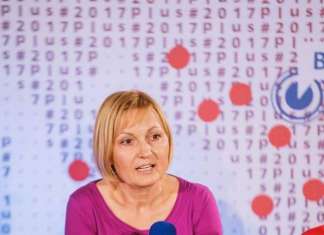